UPDATE – if you have asked me about a recommendation for a place to go for dinner in the last few months, no doubt I have probably mentioned Origin.  I will keep this short and sweet but it is by far one of my favourite restaurants in the city.  Wanted to update this post with a few new pictures of their delightful brunch. 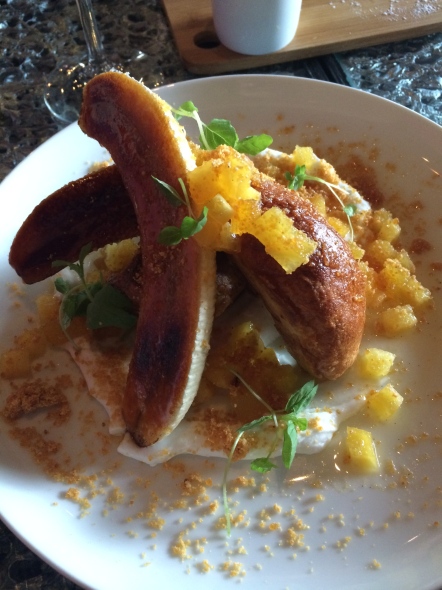 The best part about trying new places and experiencing the different cuisines the city has to offer is when you find those gems and start to build your own list of tried and true favourites.  Origin is one of those places that has quickly become one of my go-to places for an experience that I know won’t disappoint.

The last time I was at Origin was years ago, I want to say close to when it first opened.  I thought the food was okay, portions were small and I didn’t necessarily feel satisfied after we were done, especially for the price point.  Since then they have opened two more locations (Liberty Village and North York) and the takeover doesn’t seem to be slowing down.

Two of my favourite ladies, BK and TR, were up for going back and it was also going to be TR’s first experience since she had heard me go on and on about the Chinois duck wrap and how much I was in love with it.  So on a blistery October evening we set out to experience the amazingness that is Origin.

I also have to make a note about our waitress who was AMAZING.  I’m a big believer that a huge part of your experience at a restaurant is based on how you are treated.  She was helpful, kind, not overbearing and because we were three people she made sure there were 3 portions in every dish we ordered.  Simple but well noted.  Thank you!

Everything is built to share and they recommend ordering two dishes per person.  For us she said 5 would be totally fine.  After quickly perusing the menu we decided on some dishes to start with. 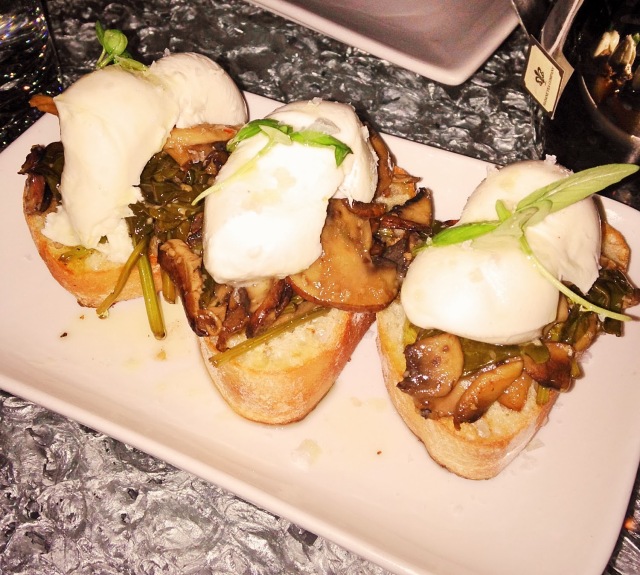 These three dishes alone contain every single one of my favourite foods – beets, mushrooms, pumpkin/butternut squash and THREE different cheeses.  HEAVEN.  The beet salad came to our table first and I was in shock because it looked like Snow White’s apple on a plate.  A full beet surrounded with creamy yogourt, goat cheese and sprinkled with walnuts and the sherry dressing.  It was a perfect portion for the three of us after I cut it into equal pieces. So fresh and creamy and a wonderful way to start. I then moved on to the mushroom/mozzarella bites which were just a delightful mix of textures. Crunchy, soft, a little tart and perfectly bit sized.  Then on to the risotto which was a really good portion size for the three of us and holy was it RICH.  The way I described it to people the next day was that it felt like I was being hugged on the inside.  Such a flavourful fall dish with the sweet pumpkin and butternut squash, hints of cinnamon and spices.  You are left with a creamy comforting feeling after.  I definitely want to come back for this! 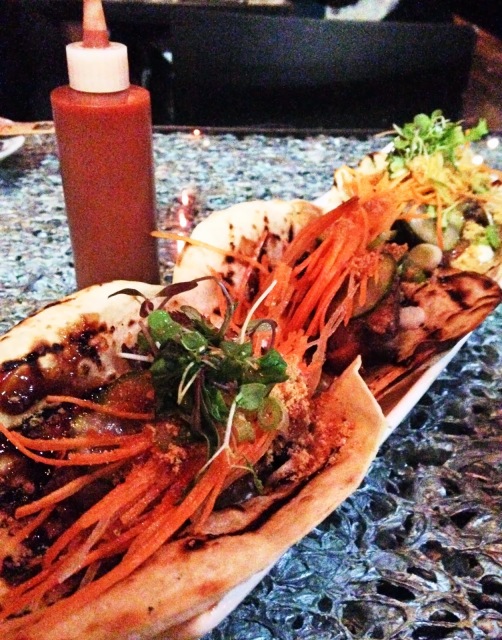 I mean come on.  Do I even need to describe this?  You only needed one and it was every flavour and texture all in wrapped in a beautiful little taco.  Sweet, spicy, crunchy, creamy and soft. Move over La Carnita!  On a side note, we also had the Spanish Fries which I wouldn’t recommend because in all honesty, they were just regular ol’ fries hence the lack of a picture.

No evening would then be complete without the “always look up” shot to try and capture some interesting light fixtures or a cool intricate ceiling.

I don’t think there’s anything more I can really say except just go.  Go and experiment and try the numerous dishes on their menu or any of these that I had the honour of trying. I can’t wait to go back for some old favourites and new discoveries.