There’s nothing like a spicy Italian Sausage at the end of a long night of dancing and drinking – and I’m talking about the hot dog here people!

I went through a stage in life where this was my ritual of sorts – some people like Chinese food, others like Mickey D’s but I loved my street meat. I also discovered on numerous occasions that there’s something about having a pool of alcohol in your system before indulging which just helps to break it down and digest better. Sober street meat indulgence is not pretty.

So this past weekend I found myself doing “The Pretty Girl Rock” on the Thompson rooftop which I actually can’t wait to re-visit in the summer. It has the makings of those exclusive rooftops which are scattered all over the NYC nightlife scene. The place is definitely crawling with suits, people reeking of money and of course your standard overdressed, ill mannered, sour faced women. But that’s another story.

After one drink which felt like 5, we headed down to the lobby bar to grab a drink and obviously check out some of the talent when we both had a hankering for food. The Thompson also houses some pretty good options for dining – Wabora (Sushi – SO GOOD), Scarpetta (Italian) and The Counter which is a 24 hour diner offering some tasty late night delights. “A modern twist on the classic diner”. 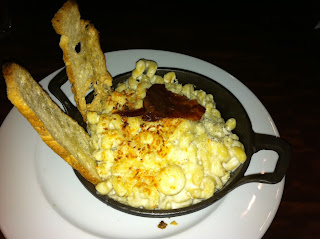 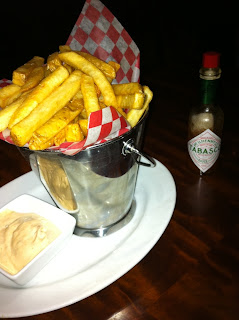 And I thought street meat was a heavy after bar meal???  Although the Mac and Cheese was a creamy heaven and the dipping sauce was to die for, I was definitely paying for it the next morning.  Would highly recommend sharing the mac and cheese and definitely downing a lot of water.  The fries were nothing to write home about.  What I did love about this place though was the atmosphere.  For all you Waterloo readers – it was like a fancier and more sophisticated version of Mel’s Diner.  Loved it.
Address:  550 Wellington Street  West
Parking:  Plenty of street parking
Food:  7.5/10
Ambience 8.5/10
Service 8/10